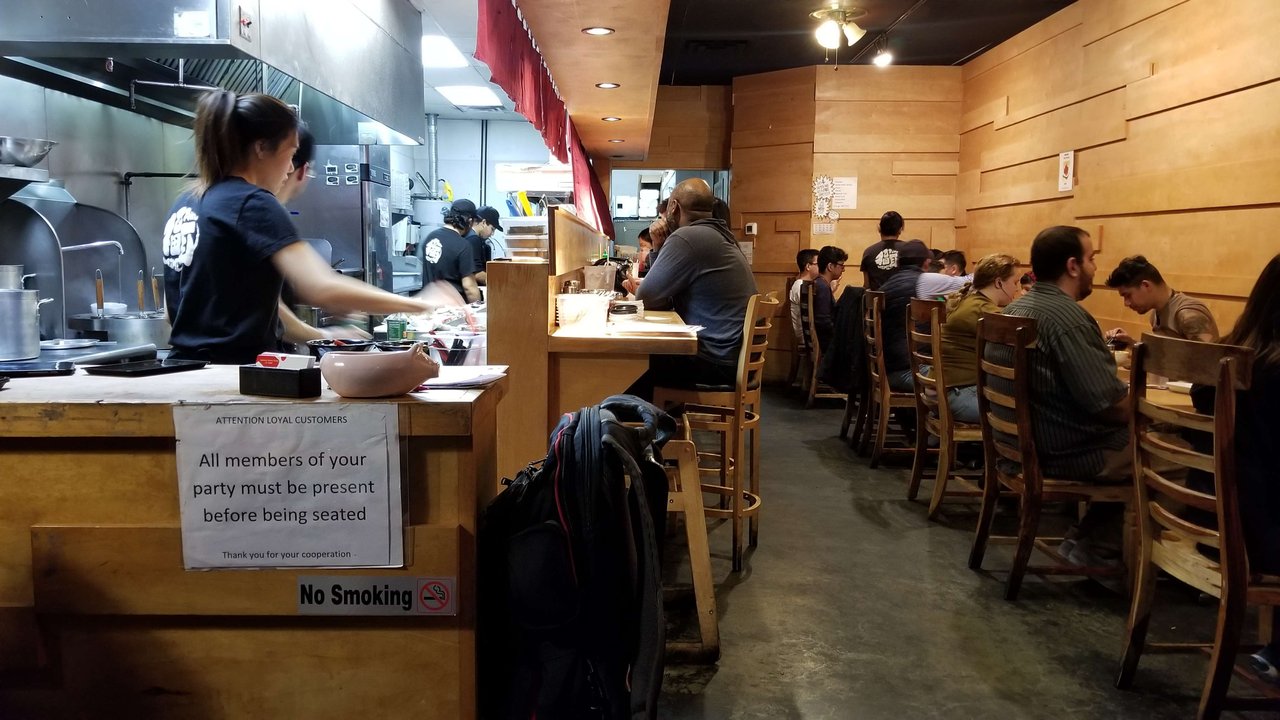 The Asian dining scene in Las Vegas is downright ridiculous in it’s abundance and variety. You name the country, cuisine, region, specialty or whatever and there’s not only a restaurant that serves their food but more likely several. A restaurant manager in Las Vegas once told me that the only cities in the world with more ramen places are Osaka and Tokyo. This may or may not be true but they are definitely abundant. As a connoisseur of Asian cuisine, I’ve dined at every place I can find in Las Vegas. In this list, I share what I consider ‘7 Hidden Gems’ in the Las Vegas Asian dining scene.

The operative term here is ‘hidden gems’. Everyone knows that Nobu is good and every Las Vegas local is aware that Monta Ramen is considered *the* ramen joint in town. For this list, we’ll journey away from the Las Vegas Strip and look at some of my frequent dining destinations that range from a bit under the radar to downright obscure.

Here’s a great example of just how overwhelmingly excellent the Asian dining scene is in Las Vegas–in a very nondescript strip mall on the East Side of town is a ramen place that would win ‘Best in Town’ awards at any other city in the country. I used to live not far from Fukumimi and at one point I considered it a closely guarded secret. That didn’t last long as once the city’s food media found the place the word was out. I’d have lunch here several times a week ordering the salt tonkotsu raman with a side of kimchi and gyoza. Everything on the menu is good and well worth the trip to the East Side. If you go anytime other than a Friday or Saturday night you’ll find Fukumimi to be active but you should be able to get a seat at the bar quickly.

I had serious doubts when I first visited Big Wong on the recommendation of an associate. It sits in a strip mall (surprise, surprise) on the periphery of Chinatown and since it was on the way to the radio station where I co-hosted a nightly sports betting show I decided to give it a try. To say it ‘doesn’t look like much’ is an understatement but the food on the limited menu is incredible. My standard order? The House Special Shrimp Wonton Soup with Salt and Pepper Chicken Wings. The wings may be the best I’ve had anywhere. I lived in Portland for a time and am very familiar with the legendary Pok Pok chicken wings. Those are good but Big Wong’s are better.

When folks from flyover country ask why Las Vegas is such an amazing place to live I can usually explain with just three little words: 24 hour pho. Pho Kim Long is not only very solid in terms of quality it has the most endearing of all Las Vegas eccentricities–it’s open 24/7. In addition to pho, there’s an extensive menu of Vietnamese specialties including drinks and clay pots. Start with Tra Thai (Thai Tea) and if you want my personal favorites go for the spring rolls with Pho Ga or Bun Bo Hue. One thing I love about Pho Kim Long–in a very eclectic city it attracts what might be the most diverse clientele of any restaurant in town. Go in after 4 AM and you’ll see wise guys, gamblers, strippers, casino employees, tourists, escorts, DJs and every other subculture imaginable representing every race, gender and lifestyle–all coexisting peacefully together bound by hunger and tasty Vietnamese food.

I was a late-comer to Ping Pang Pong. The name was fun to say and I saw their billboards all over town claiming superlatives like ‘One of the Top 10 Chinese Restaurants in America’ and ‘Best Asian Restaurant in Las Vegas’. Once I gave it a try I was hooked. Discretely enclaved deep within the Gold Coast Hotel and Casino Ping Pong is definitely one of the best ‘Chinese Restaurants in America’. At any hour, you’ll find a busy and energetic clientele with a healthy mix of locals and tourists. Ping Pang Pong is open nightly until 3 AM and although it always seems busy I’ve never failed to be seated and served very quickly. The best pan fried seafood noodles I’ve ever had. Also a great place for lunch where they feature dim sum served from carts. The Gold Coast has another excellent and slightly more casual Asian eatery called the Noodle Exchange that is great when you’re in a hurry.

The Palace Station (and the rest of the Station Casinos properties for that matter) is well known by locals for their underrated food. The Buffet is a great value for breakfast and the Oyster Bar is one of the truly iconic Las Vegas restaurants. The Palace Station seriously raised their dining game when they remodeled and now have a couple of first rate Asian options. One is the fast service Vietnamese restaurant Mumfresh which is very good in its own right. My favorite, however, is Boathouse which is described as “an eclectic mix of Japanese and East Asian cuisine and serves up fresh seafood, sushi rolls, noodles, and traditional Chinese fare.” What’s not to like? This is the second location with the first located in Northern California’s Graton Resort and Casino. Everything I’ve had is very good but my particular favorite is the Spicy Seafood Udon.

I became a fan of Jinya on visits to my Mother-in-Law’s house in Salt Lake City. Jinya is right around the corner and quickly became a frequent dining option. Since my first trip to Jinya it has started to ‘blow up’ and now has locations all across the country with two currently open in Las Vegas and one on the way in Summerlin. Ramen, small plates, mini-tacos and ‘happy hour’ food specials abound. My go-to order is the Tonkotsu Black Ramen with a very rich and complex broth. Some Asian food snobs scorn Jinya due to their franchise status but their ramen can definitely hold its own.

Right around the corner from a boxing gym owned by some retired fighter named ‘Mayweather’ is Izakaya Go. An izakaya is essentially the Japanese version of a pub with drinks and small plates. Las Vegas has quite a few izakayas popping up by Izakaya Go remains my favorite. Great ‘happy hour’ prices on food and drinks plus they’re open until 2 AM on weeknights and 3 AM on the weekend. Extensive menu with food choices ranging from burgers to sushi. The Go Burgers are worth a try–it’s more a case of them ‘Japan-izing’ an American food than trying to ‘American-ize’ Japanese food. Since Asian-Mexican fusion cuisine is catching on everywhere you might want to try one of the Go Buritos like the ‘Super Go Crunch’ with crunchy shrimp and crab meat.

Pennsylvania Set To Go ‘All In’ With Online Gaming