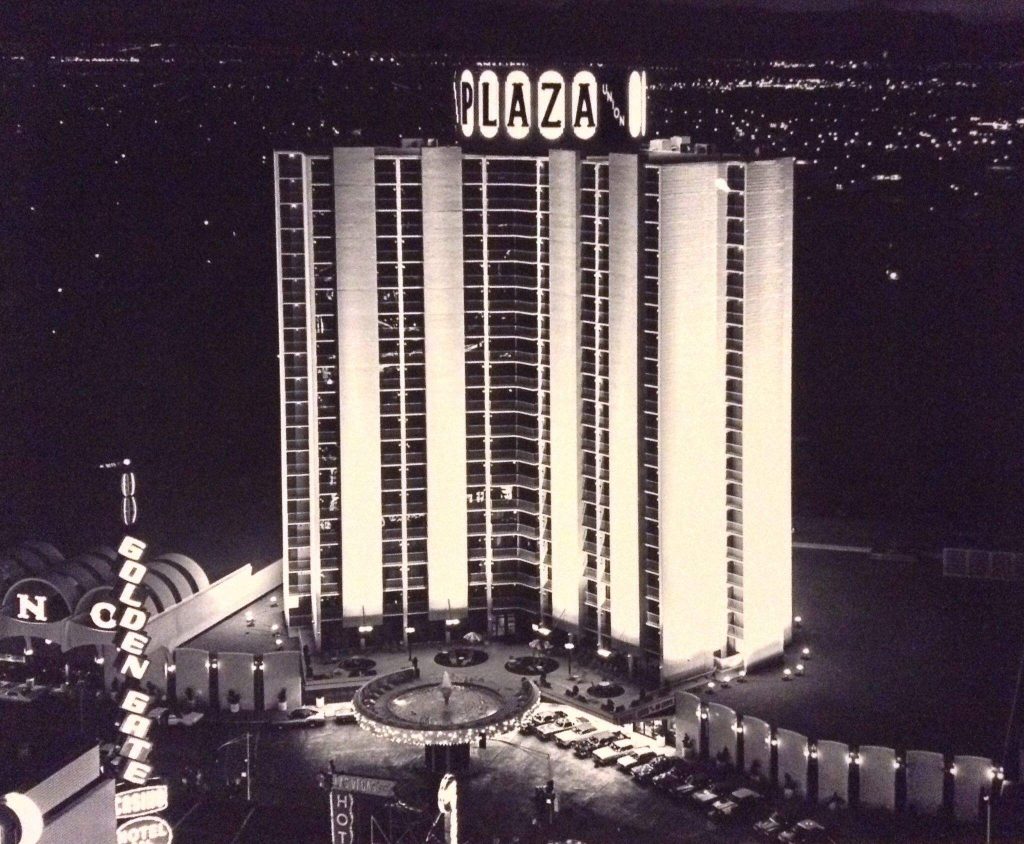 Now that sports betting is in the process of going seriously mainstream in the United States it’s a good time to look back on where we’ve come from. These photos are from one of my favorite Instagram accounts called InsideTheVegasVault. They feature all manner of vintage Las Vegas photos including classic casinos inside and out. Over the next couple of days we’ll feature some of my favorites with backstory. We’ll start with the incredible photo below from the Union Plaza Racebook circa mid 1970’s.

At this point, the Union Plaza was one of the most important sportsbooks in Las Vegas–if not the entire world. Jackie Gaughan is a Las Vegas legend who is held in high regard by the locals for his generosity of spirit as much as his business acumen. You don’t hear casino owners referred to as ‘beloved’ much these days but Gaughan was definitely that in the Las Vegas Valley. He was the son of an Omaha bookmaker and was fortunate to learn the business from the ground up. He moved to Las Vegas in 1950 and among other interests operated the Saratoga and Derby sports books from 1953 to 1959. He wasn’t a ‘corporate suit’ that only understood balance sheets. He remained heavily involved in the operation of his properties sportsbooks throughout his life and was instrumental along with Sonny Reizner at The Castaways in popularizing non-sport proposition wagers in the late 1970’s:

During this time, Reizner wasn’t the only bookmaker in town posting exotic proposition bets. Downtown at the El Cortez, Jackie Gaughan also discovered that unusual wagering topics would not only attract betting action but tons of publicity for the casino. Gaughan created a number of bets that received national attention but none created the massive interest that a 1979 prop where bettors could predict where the Skylab space station would fall to earth. The El Cortez took an insane amount of action on the final resting place of space junk and became well known internationally in the process. Ultimately, the space station fell in Western Australia at odds of 30/1.

As mentioned above, Gaughan wasn’t just respected as a gaming industry pioneer he was downright beloved. This quote from his obituary gives you some idea why:

“Gaughan was a caring and generous man who, while he was still driving his old Ford Bronco, carried spare containers of gasoline to stop and help motorists in need. When he learned about people who died penniless, Gaughan would pay for their funerals.”

You have to wonder how many of the ‘stranded motorists’ knew that the kindly old man who helped them owned 8 casinos and 25% of the real estate in downtown Las Vegas?

The Union Plaza is significant for being the first hotel/casino to incorporate a sportsbook. The Union Plaza was named in reference to the Union Pacific Railway Station that was previously on the site. The train station operated from 1940 to 1971 and even after the original Union Pacific facility was demolished the Union Plaza continued to host a smaller facility for Amtrak trains. It served rail travelers until Amtrak discontinued the Desert Wind route in 1997. Today, the Las Vegas Greyhound Bus Station is right next door to the remodeled Plaza.

Gaughan also owned the El Cortez which was not only the crown jewel of his properties but where he lived and worked:

“Almost up to the day he died, Jackie Gaughan went to his office every day and was a regular player in El Cortez poker room. The walls of his El Cortez office were lined with photos of the numerous celebrities he had met and hosted over the years. Every day, Gaughan ate his meals either in El Cortez’s café or gourmet restaurant.”

Jackie Gaughan died in 2014 at the age of 93. The Gaughan name is still involved in the casino business–his son, Michael, owns the South Point Hotel and Casino which to no surprise has one of the most influential sportsbooks in the state.

Next up–the sportsbook at the Stardust Hotel & Casino: