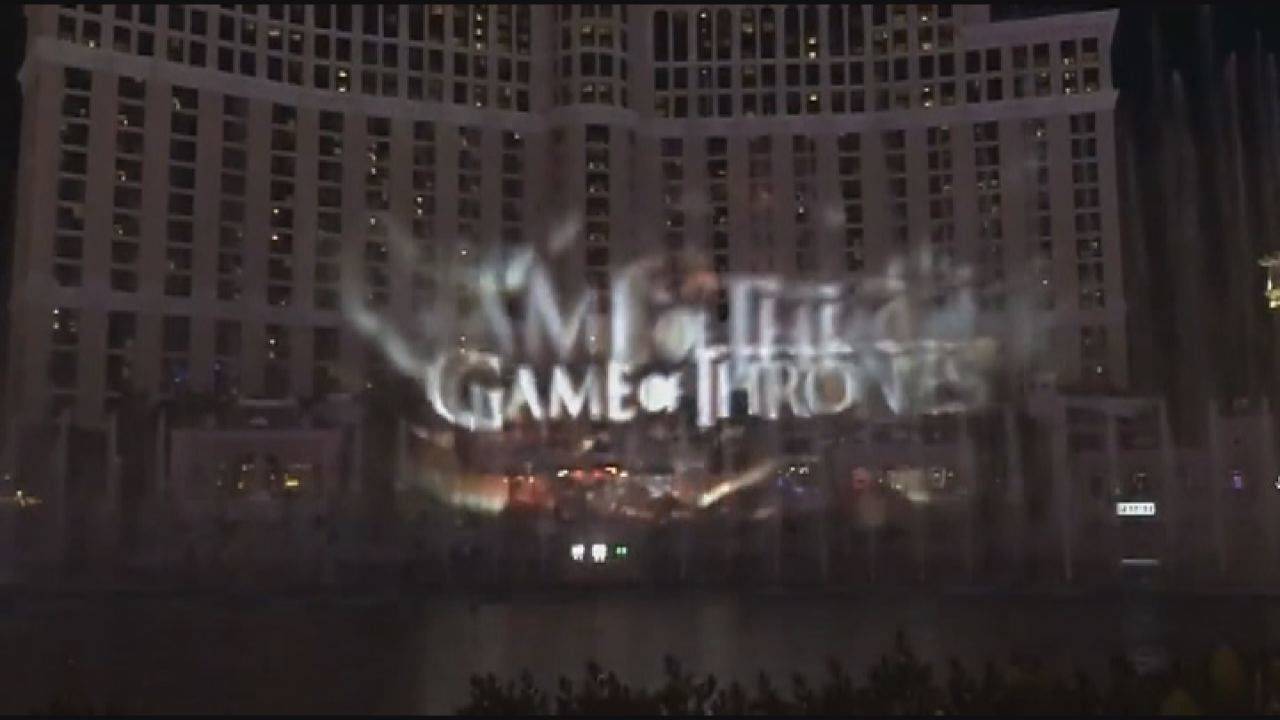 One of the most enduringly spectacular sights on the Las Vegas Strip is the nightly fountain show at the Bellagio Hotel and Casino. I’ve seen them live and in person hundreds of times and they never get old. Plus, the Bellagio management does a nice job of keeping the show fresh with new music and ‘themes’.

“They asked, ‘What can you do that’s never been done before?’ Well, we have fire — a wall of water, and we have the dragon destroy that wall with real fire. That blew the fire marshal’s mind the first time we did it.”

Here’s how Entertainment Weekly described the ‘GOT’ Fountain Show:

The display starts quietly, with the soft, somber musical cue “Winter Is Here,” and projections that look like falling snow. But then things take off, so to speak, as the main title music erupts and the show’s logo appears, followed by the familiar silhouettes of flying dragons and the Night King. The fountains form shapes resembling a crown, the Iron Throne, and even the Wall, culminating in a pyrotechnic display on the water in sync with the fiery breath of a projected dragon. The show also includes a projection of the jaw-dropping final scene in season 7 when (spoiler alert for uninitiated) the undead Viserion, with the Night King astride him, breathes blue fire to break through the Wall.

If you want to see it live you better hurry–it’ll run nightly through April 13 which is the night before the Game of Thrones final season premiere. If you can’t make it to Las Vegas take a look at the video below: