Calculating the Lost Winnings of Nevada Casinos During Coronavirus Shutdown 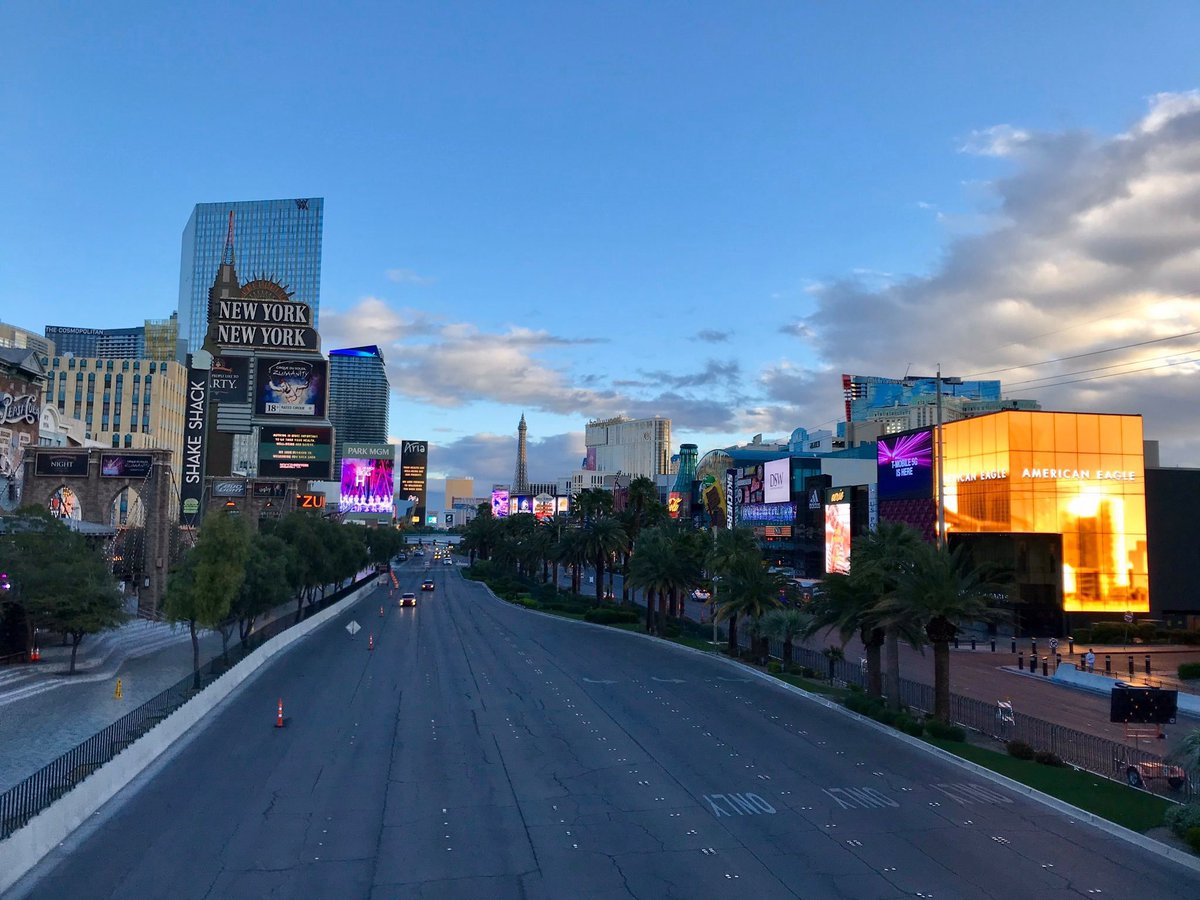 There’s no shortage of businesses and industries suffering from the economic collateral damage of the Coronavirus pandemic but none more so than Nevada’s casino gaming industry. Business had already slowed considerably by the time Governor Steve Sisolak ordered the closure of casinos and other ‘non-essential’ businesses on March 17. The Nevada Gaming Control Board gave the order more regulatory teeth by temporarily suspending gaming licenses through April 30. The revenue lost was clearly significant but now a Las Vegas Review Journal columnist has done some math to quantify exactly how much each Silver State casino has taken a hit.

Richard N. Velotta used win data from the Nevada Gaming Control board from the previous year as a benchmark. He suggests that daily gaming losses during the Coronavirus pandemic closure ‘ranges from nearly $42,000 a day for each casino in small markets like Mesquite to nearly $700,000 a day at each of the largest Strip properties’. Velotta notes that these represent losses exclusively from gaming at Nevada’s 457 licensed non-restricted casinos.

That’s a good place to start but the Nevada casino industry no longer runs the other components of their operations as a ‘loss leader’. It was a big news story within the gaming ecosystem when the non-gaming revenue at Nevada casinos exceeded gaming revenue. Velotta quotes economist Jeremy Aguero who breaks down the average revenue percentages for a Nevada gaming property:

Jeremy Aguero, an economist with Las Vegas-based Applied Analysis, said that on average, Clark County casinos generate 34.3 percent of resort revenue, with 27.2 percent coming from hotel rooms, 17.4 percent from food, 8.4 percent from beverage and 12.7 percent from entertainment, retail and other amenities.

Those percentages help get a ballpark concept of how much casinos are losing every day. The article points out that the ‘burn rate’ that properties spend every day is higher and varies from one to another depending on their policy for compensating idled workers.

Also obfuscating the task of analysis is the cryptic way that the NGC breaks down their gaming revenue data. There are 19 separate geographic areas but even with that granular data there’s another problem–many of the areas overlap. For example, the NGC tallies totals for Clark County and the Las Vegas Strip. The NGC doesn’t identify properties by name but they are willing to generalize by revenue level.

This allowed Vellotta to do the math: based on data from March 1, 2019 to the present the 24 largest properties on The Strip brought in an average gaming hold of $699,118 per property per day. There are other variables that are tough to solve for. For example, gaming revenue had seen an uptick over the past year. There’s also the impact of lost conventions and other major events that attract visitors to the state due to the Coronavirus shutdown.

The official gaming revenue data for March will be released by the NGC in late April. That’s where the actual revenue carnage from the casino shutdown will first be seen. April will be even more ugly but interesting Vellota notes that some properties and markets will show at least nominal revenue due to the fact that Wynn Resorts, Caesars Entertainment, Circa Sports and William Hill continue to take sports bets via their mobile apps. The dearth of sports action worldwide has forced bookmakers to get more creative to keep the betting board full.

There’s no official guidance as to when the Nevada casino industry will be back in business. Earlier today, Wynn Resorts CEO Matt Maddox called on Nevada’s governor to begin to re-open the strip in ‘mid to late May’. He concedes that properties will need to take appropriate measures including ‘reduced occupancy, physical distancing measures in place, temperature checks and no large gatherings’.