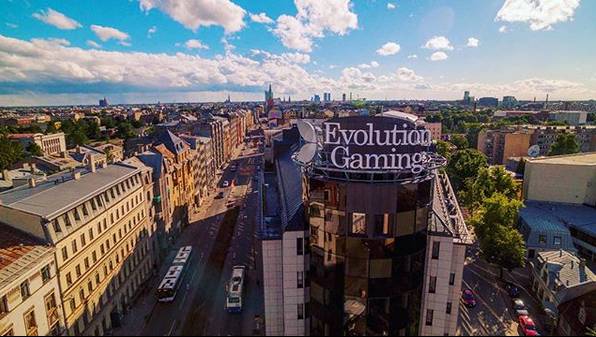 Earlier this month, Aspire Global finalized the €13.1 million acquisition of Isle of Man-based GMS Entertainment, the parent company of casino games provider Pariplay. The deal had been announced in late June and it didn’t take long for Aspire Global to leverage the newly acquired company to enter the US gaming market. Pariplay will provide 888Gaming with a portfolio of proprietary casino game titles for use in the New Jersey market. The press release from Aspire Global hinted at “several other deals in the pipeline” as the company “aims at making a big impact in the regulated iGaming market in the US, establishing Pariplay as the leading game aggregator.”

Tsachi Maimon, CEO at Aspire Global, spoke of the opportunities for his company in the US market:

“This is a significant agreement and we are very excited for Pariplay. We acquired the company with the purpose of accelerating B2B-growth and external game sales through a new sales channel outside of our own partner network. Moreover, we hoped that Pariplay’s iGaming license for New Jersey could act as the spearhead of our future efforts to enter the US market. Today’s news are fully in line with our M&A-strategy and we look forward to realizing the full potential of this opportunity.”

Yaniv Sherman, SVP Head of Commercial Development at 888, is looking forward to adding the Pariplay portfolio to his company’s online platform in New Jersey:

“Pariplay is a long-standing partner of ours and this important agreement strengthens our relationship going forward. We look forward to presenting Pariplay’s leading game content to our New Jersey-audience and hope to go live soon, subject to the relevant regulatory approvals.”

Stockholm based Evolution Gaming is one of the industry leaders in online live dealer casino gaming action and they’ve started to make their presence known in the US market. In early September, they secured a Pennsylvania gaming license and have just announced a deal with Penn National Gaming to supply their live betting table games to BetHollywood.com The agreement will have Evolution Gaming providing live dealer action from their forthcoming Pennsylvania studio. According to a press release from Evolution Gaming they’ll offer these games at launch:

The new Evolution studio will be home to more than 10 online live tables and a wide range of Evolution game variants. These include American (Double Zero) Roulette, scalable Infinite Blackjack and Blackjack with side bets, Baccarat, Ultimate Texas Hold’em Poker and Side Bet City, plus Auto Roulette. Further games are expected to be added as the studio expands ahead of the scheduled launch in 2020.

“We very much look forward to delivering world-class Live Casino gaming for their players along with operational excellence, peace of mind and exciting revenue potential for their business.”

Penn National’s lineage traces back to the Penn National Race Course, opened in the early 1970’s. The company has grown into one of the United States’ largest gaming operators with 40 facilities in 18 jurisdictions across North America.