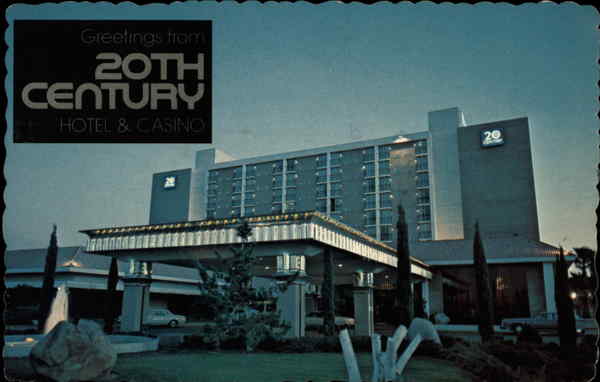 Added in Casino History on September 14, 2019 by Jim Murphy

We told you about the recent purchase of Hooters Casino Las Vegas by India’s biggest hospitality chain OYO. OYO is a dynamic and fast growing company and it’ll be interesting to see what they do with the property after re-branding and remodeling. The new name will be the OYO Hotel & Casino Las Vegas.

Las Vegas locals will be forgiven if it takes awhile for them to get used to the new name. Actually, there’s no telling what a Las Vegas longtimer will call the place since it has likely been sold and/or re-branded more than any property in the city. Like so much else in Las Vegas, it comes complete with a colorful history. There’s been so many different ownership changes, re-branding, re-naming, etc. that it’ll take a few days for us to cover them all. Here’s the first part of our rundown of the previous incarnations of what will now be the OYO:

The property at 115 East Tropicana opened in 1973 as a Howard Johnson’s Motor Lodge. The property was developed by a group headed by local businessman Paul Oesterle. Although the property opened as a non-gaming hotel later in 1973 it received a gaming license and installed 150 slot machines. Like so many others in Las Vegas, Oesterle had a much larger vision–he wanted to add three 10 story towers with 544 new rooms. And like so many others in Las Vegas, these dreams never reached fruition. Oesterle Nevada filed for bankruptcy in 1974 and mortgage holder Eureka Federal Savings and Loan foreclosed on the property. The bank then bought it at auction for $7.7 million in March 1975.

In September 1975, Eureka Federal Savings and Loan got a quick turnaround and a nice profit when they sold the HoJo to Bernard Nemerov who at one point was part of the ownership group of the Riviera Hotel and Casino for $10 million. The property was re-branded as the Paradise Hotel and the casino was re-opened on New Year’s Day. Unfortunately, Paradise was soon to be lost courtesy of Philadelphia mobster Eugene “Louie Turco” Bulgarino and his associates who essentially bankrupted the place in 1976:

Bulgarino’s history in casino scams dates back to at least 1976 when, according to the Pennsylvania Crime Commission, he took part in the infamous credit scam that forced the old Paradise Casino to fold.

Through fear, intimidation and the inside connections of Philadelphia mob leader Carl “Pappy” Ippolito and mob associate Gary Garramone, a group of 54 mobsters ended up on a “junket” to the small Vegas casino in June 1976.

Using aliases – Bulgarino was “Louie Turco” – they were granted lines of credit and proceeded to rip off the Vegas casino during a three-day period. When they left, the Paradise had lost $325,000 and was holding markers for $400,000 more that proved uncollectible.

“The casino, left with insufficient cash to operate, was closed by the Nevada Gaming Control Board and went bankrupt,” according to a Crime Commission report.

The list of those taking part in the junkets reads like a who’s who from the Philadelphia underworld of the 1970s, according to the crime commission, and included John Berkery, Felix Bocchino, Johnny Calabrese, Freddy Casella, John Creagh, Victor DeLuca, Anthony DiSalvo, Vincent Pagano and, of course, Ippolito.

New York businessman Andrew DeLillo and a group of investors bought the property in 1977 and re-named it as the 20th Century. The takeover of the property was not without drama–there were allegations of criminal conduct by one of the investors. Bernard Nemerov–former owner of the Paradise–claimed he was ‘offered bribes and then threatened’ by DeLillo. Nemerov failed a polygraph test, however, after a state Gaming Control officer testified that he was ‘attempting deception’ on all relevant questions. There was also another witness who claimed that DeLillo ‘held him out of a window in a tall building in efforts to collect at debt’ but Federal authorities refused to let the NGCB question the man since he was a ‘key witness’ in several East Coast mob related cases. Eventually, the board recommended a one year license for the 20th Century so that ‘any new information in the case could be brought up a year later’. The DeLillo group lasted a year before selling the casino.