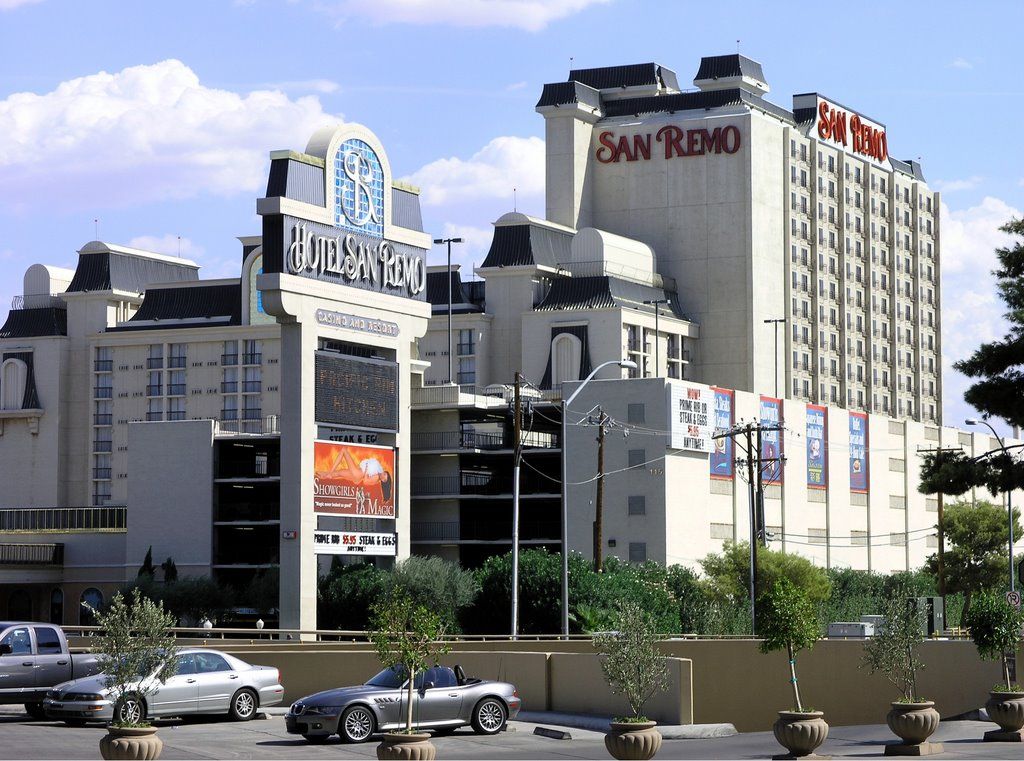 Added in Casino History on September 16, 2019 by Jim Murphy

We’re in the process of reviewing the colorful history what is now the OYO Hotel & Casino Las Vegas and until recently was the Hooters Casino Hotel Las Vegas. The property at 115 East Tropicana has possibly been through more different names and owners than any in town. We’re up to 1986 and there is light at the end of the tunnel. So far we’ve had Howard Johnson’s, The Paradise, 20th Century, The Treasury (with a casino), the Treasury (no casino) and the Pacifica (no casino):

The DeLillo ownership group finally re-opened the property as The Polynesian Hotel and Casino. There’s not much information on the property during this era. It definitely suffered from brand confusion–locals would occasionally combine the current name with previous incarnations and call the place the ‘Polynesian Paradise’ or ‘Pacifica Polynesian’. Despite the re-branding, it also maintained it’s reputation as a ‘gay hotel’ though there’s little to suggest that was the case. More likely–the alienated the LGBT community during the Pacifica fiasco but couldn’t shake the reputation among the locals.

One of the few things I did find about the Polynesian was in a case argued before the Nevada Supreme Court involving Andrew DeLillo, Sr. and Vincent J. DeLillo.

It’s unclear whether the Polynesian was still a viable entity when it was bought by Japanese businessman/hotelier Sukeaki Izumi. Most accounts suggest that the Polynesian was open until 1989 but it doesn’t appear to have been open at the time Izumi purchased the property. A newspaper article on the influx of Japanese investment in Las Vegas reports that Izumi ‘bought another closed property, the former Treasury Hotel’. The Toldeo Blade article is dated June 28, 1989 and indicates that the re-branded property–now named the Hotel San Remo–was set to open on July 1, 1989.

In any case, Izumi spent around $30 million for the hotel and renovations and tried to go a bit more upscale with an Italian Rivera ambiance. The property was generally successful and in 2002, the hotel, casino and restaurants were refurbished again. The hotel by this point had 711 rooms and the casino had 30,000 square feet of space. As development continued apace at the intersection of Tropicana and Las Vegas Boulevard Izumi’s company sought to grow the hotel once again. They were approached by the Hooters’ Restaurant Chain with a redevelopment proposal.

Eventually, a group of nine partners from the Hooters of America group would acquire a 2/3 interest in the property. Hooters announced that they would drop $190 million to upgrade the property including remodeling the hotel rooms, expanding the pool and restaurant offerings and expanding the casino floor to 35,000 feet. With the upgrade came the final (for now) rebrand…..

We’re now back to where we started–at the Hooters Casino Hotel–which is in the process of being re-branded OYO Hotel & Casino. The re-branded property opened on the weekend of Super Bowl XL (February 2, 2006). The hotel has remained open ever since though there have been plenty of behind the scenes financial machinations. This is the new era of Las Vegas, however, and the men pulling the strings are no longer mobsters but investment bankers.

The hotel was first sold in January 2007 to Hedwigs Las Vegas Top Tier, a joint venture of NTH Advisory Group and Silverleaf Real Estate, which bought the property for $225 million (including assumption of $130 million in debt). One gaming analyst called the sale ‘curious’ and intimated that it was something of a sketchy insider deal. The original plan was to redesign and rebrand yet again, this time as a ‘lifestyle, entertainment driven boutique hotel’ (whatever that is). That deal fell apart in June 2008 when the Hedwig Group failed to make a required $500,000 payment. At the time, they had already paid over $5.5 million into the project.

The casino’s financial situation continued to spiral downward. By April 2009, they started to default on loan payments. A group called Canpartners Realty Holding Company–a subsidiary of Canyon Capital–bought up much of the company’s debt at a heavy discount and planned to start foreclosure proceedings. The Hooters’ ownership group filed for Chapter 11 bankruptcy in August 2011. Eventually, Canpartners took control of the property with a $60 million credit offer in Spring 2012. In May 2015, Canyon Capital sold the property to Trinity Hotel Investors for $70 million. They hired Paragon Gaming to run the casino and initially were planning to rebrand as a Holiday Inn but eventually opted to retain the Hooters branding.

In August, 2019 the property was purchased by OYO Hotels and on September 16 officially began the re-branding to OYO Hotel & Casino.