How Washington State Can Do Sports Betting Right 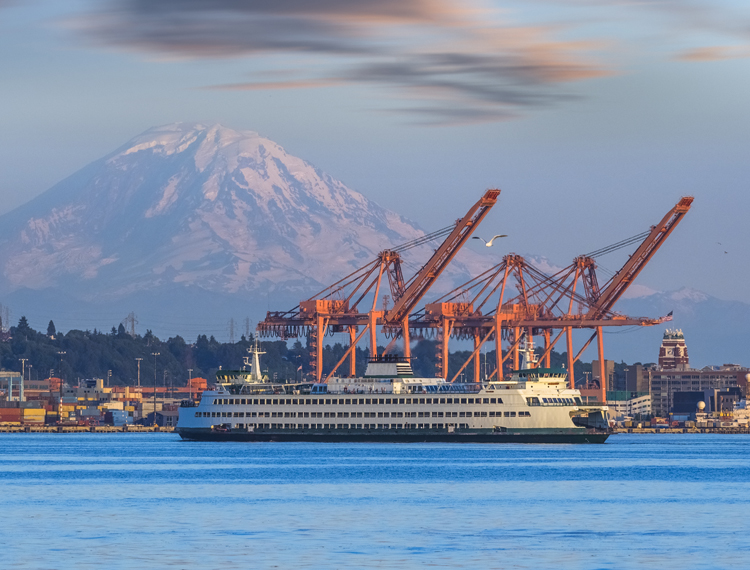 Added in Legal Gambling on November 11, 2019 by Jim Murphy

Last week, we reported on the yet-to-be-named Seattle NHL team announcing a partnership with the Muckleshoot Casino. This inevitably brought up discussion of the future of sports betting in Washington State. What will most likely happen is that the tribal gaming entities will be given monopoly control of sports betting the same way they’ve received a monopoly over just about every other form of gambling in Washington. In theory, this is a bad thing but Washington State has the opportunity to create one of the best sports betting markets in the country if–and this is always a big ‘if’ when dealing with state governments–they don’t screw it up.

With the exception of the huge tribal gaming industry in Washington few states outside of the deep South are as disdainful of the personal freedoms of citizens as it relates to gambling. Washington is the only state in the country where any form of Internet gambling is a Class C felony. This is a shocking invasion into the privacy of Washington citizens and should be reversed as soon as possible. Unfortunately, the majority of Washington’s politicians do the bidding of the tribal gaming interests and their shortsighted logic is that anything that restricts competition is a good thing. Except for the Native American gaming, the only unique component of the Washington gaming mix is the legality of card rooms offering ‘house banked’ games. Unfortunately, the number of non-tribal card rooms is on the decline because, as one card room owner puts it, “We don’t have the games that the public wants to play” due to the political power of the tribal gaming interests.

The reality is that the politicians of Washington will be carrying water for the tribal interests for the foreseeable future. Every discussion of legal sports betting in Washington State has focused on giving the tribal properties a monopoly in the same way they’ve received a monopoly on every other financially lucrative form of gaming. In Washington’s case, however, this could be made to work in such a way that everyone in the state benefits. That’s something that politicians love to give lip service to even if their true goals are advancing the interests of their financial benefactors.

What we’ve seen as states have started to regulate and introduce sports betting is that there’s little middle ground in terms of the quality of the framework they create. They either get it mostly right within the parameters of state gaming law or else they get it mostly or completely wrong. Some states such as Colorado and New Jersey are in the process of creating a thriving sports betting industry complete with ancillary economic benefits like attracting new business to the state and job creation. Other states–Oregon, for example–have been determined to make sports betting just another gimmick for the state lottery to offer.

Oregon’s boneheaded stupidity is potentially a huge benefit for Washington and if they create a decent environment for sports betting they will get thousands of Portland area residents streaming across the Columbia River every weekend to patronize it. In Northern Washington, they’ve got the huge Vancouver market across the border to draw from–at least until Canada gets rid of their archaic ‘multiple game wagering’ requirements for sports betting. To the East, there’s Montana which doesn’t have a huge population but does have yet another moronic lottery run sports betting scheme to potentially drive customers across the border into the Evergreen State.

It’s not hyperbole to suggest that if Washington State were to do things the right way that they’d dominate sports betting in the Pacific Northwest and on both sides of the US/Canada border. And there’s a way to do it ‘right’, give Washington residents one of the best environments in the country for bettors, attract outside investment and create jobs–and for that matter a high growth, low environmental impact industry potentially worth billions–while maintaining the tribal interests control over the gaming industry. One of the smart things that Washington has done is to create a Gaming Commission way back in 1973 and they’ll be charged with oversight of sports betting. And the process to make Washington into a sports betting industry powerhouse is amazingly simple.

HOW WASHINGTON STATE CAN DO SPORTS BETTING RIGHT

For the most part, Washington State would be well advised to copy just about everything that the state of Colorado has done from a regulatory standpoint. There are a few elements of Colorado’s framework that should be changed but fortunately for the good people of Washington I’m here to tell them exactly how this should be done:

Washington doesn’t have to do anything here other than get rid of the regulations that make online betting a felony. This makes the state look as backwards and downright silly as the ‘cocktails poured from mini bottles’ made South Carolina look. The Palmetto State got rid of the mini bottles a few years ago and Washington should follow their example in getting rid of their archaic and didactic overreaction.

The politicians are determined to give the tribal gaming interests control of sports betting so they should just do it. The easiest way to do it is to just allow it under the existing compacts they have with individual tribes. For now at least, the tribal properties will have a monopoly over brick and mortar sports betting. They’ll also be able to contract with third party sports betting providers for their retail and online operations.

This will allow politicians to direct as much money as possible to the tribal gaming interests. At the same time, however, it will allow the creation of a market ecosystem that will benefit the economy of the entire state. It’ll be just like Colorado–the tribal gaming licensees will be able to partner with third party providers to offer online sports betting. Unlike Colorado, the state shouldn’t limit the number of online partners that the tribes can work with.

Many states that have introduced sports betting have tried to go for a quick killing financially with absurd licensing fees and usurious tax rates. The way to do it right is to take the long view–reasonable fees and a low tax rate will attract outside investment as every major online and retail sports betting provider will want to set up shop in Washington State. Make the tax rate on sports betting revenues 7.5% which will make Washington the second lowest in the country behind Nevada and Iowa at 6.75%. Licensing fees for outside vendors should be set between $50 thousand and $100 thousand. The licensing process should be fairly simple as the overwhelming majority of vendors will be corporations that are well known nationally and internationally. Most will already be operating in other US states.

One of the dumbest things that a state can do is tell the sports betting professionals how to do their job. Don’t tell them which sports they can book, what type of bets they can take, etc. If for whatever reason something objectionable comes up the Gaming Commission can get involved at that point. The reality, however, is that little if anything will require regulatory interference.

At this point, it’s simple math. The Washington tribal gaming industry consists of 21 tribes operating approximately 35 gaming properties (500Nations.com gives the number as 35). There are plenty of independent operators in the marketplace and as they partner with third party sports betting providers Washington will very quickly have as many–if not more–independent line originators than any state in the country including Nevada and New Jersey. Most likely, the tribes that have multiple properties will contract with one company such as William Hill, FanDuel, etc. to run them all. Even with this type of duplication, the potential competitive dynamics of Washington sports betting is mind blowing.

All of this competition would create one of the best regulatory environments in the country for sports betting. This would attract new residents, visitors, outside investment, jobs, corporate relocation, etc. It would also bring in a ton of revenue for the state. The industry also requires plenty of ‘support services’ such as computer services, advertising and marketing, PR, graphic design, you name it. At the same time, the retail sports betting product would be limited to the tribal gaming properties. The tribal interests would still have their fingers in everything related to sports betting including the online operation but there would be extensive involvement of the private sector as well.

If Washington were to adopt even a slightly watered down version of this plan they’d have a multi-billion sports betting industry in just a few years. None of this is revolutionary–everything in my proposed regulations is being done elsewhere. The majority of it has been lifted directly from Colorado’s state gaming regulations. It doesn’t even require much political backbone to implement. It would be amazingly easy for Washington State to ‘do sports betting right’ to significant economic and financial upside.

Q&A: Can Las Vegas Valet Parking Attendants *Really* Hook You Up With Anything?