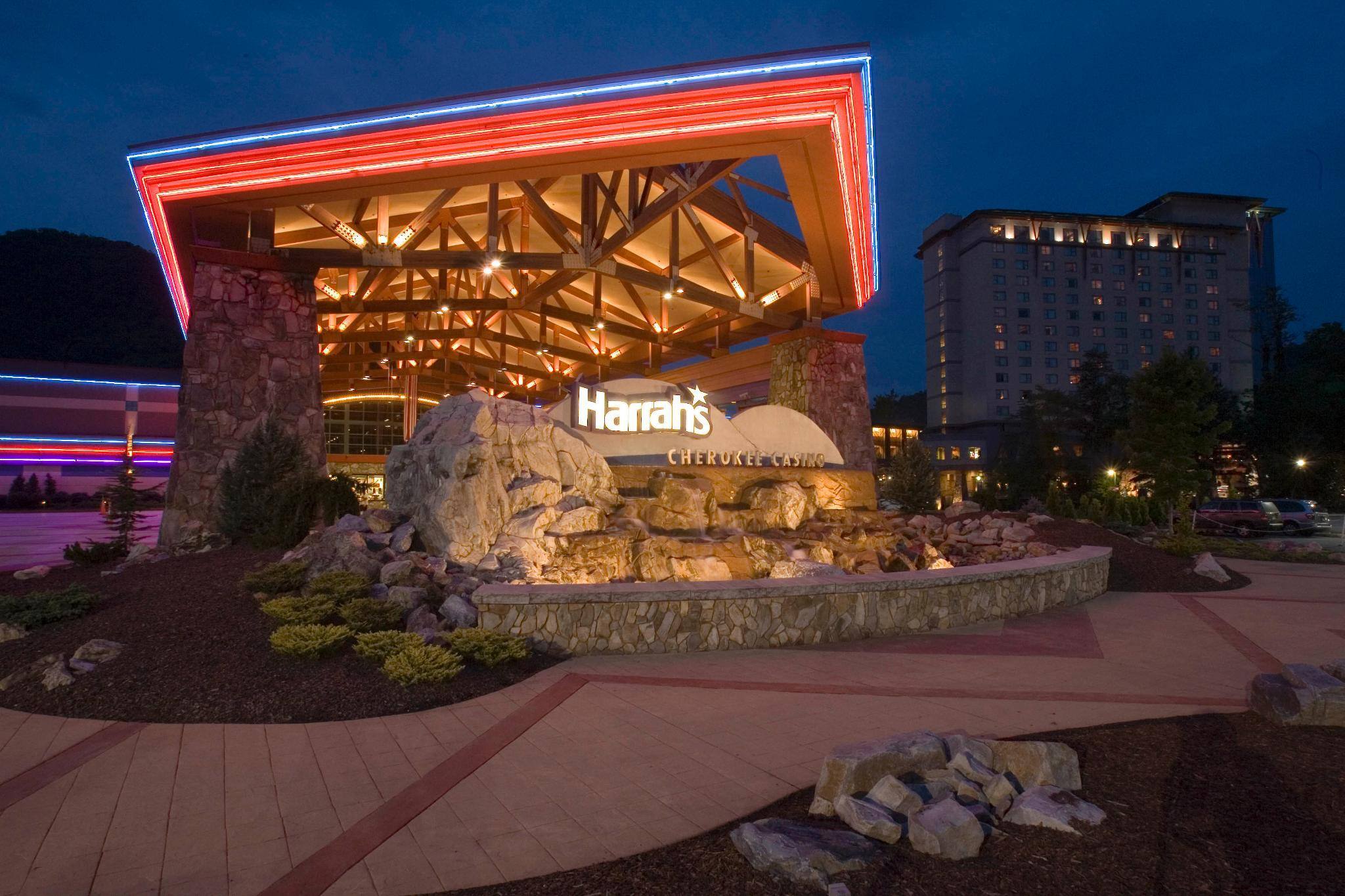 Say you were a resident of the great Silver State of Nevada. You wake up one fine morning and learn that going forward you’re going to have to make the drive to the Tonopah Station Hotel and Casino in Tonopah, Nevada to place your sports bets. No mobile betting is available nor is there any real hope that there ever will be. There’s also little if any chance that the regulations would ever change so that you won’t have to make the 3 hour plus drive up US-95 North from Las Vegas (or the nearly 4 hour drive down US-95 South from the Reno area) just to place sports bets.

For a Nevada resident, that’s a nightmare scenario that you don’t really have to worry about. The Nevada state gaming regulators understand that it’s in the state’s best interest to create a vibrant sports betting market place to serve their citizens, attract tourism, generate economic development and bring in tax revenue. They’re not dumb enough to limit sports betting to a single remote location far away from any major population center. They’re aware that to do so would not benefit the state or anyone therein.

Unfortunately, the State of North Carolina *is* dumb enough. Residents of the Tar Heel State are now living in the absurd scenario outlined in the first paragraph. Earlier this month, North Carolina Governor Roy Cooper signed off on S154 which gave a sports betting monopoly in the state to the two tribal casinos owned by the Eastern Band of Cherokee Indians. This isn’t a bad thing intrinsically–the properties are managed by Caesars and located in a gorgeous part of the state. No doubt they’ll do a fine job running their sportsbooks. The problem is that it’s the *only* place in the state with sports betting. No provision for mobile betting meaning that all wagers must be placed on location.

Few states in the US have denied gaming freedom to their citizens to the extent that North Carolina (along with their tag team partner South Carolina) has. The Tarheel State’s anti-gambling zealotry dates back to the 1700s and after a couple of roundabout efforts at ‘discouraging’ the practice through high taxes they did what they wanted to do in the first place and just made it illegal. For well over a century, there was no change in the Draconian state laws with the exception of some minor liberalization to allow charity bingo games.

This changed in 1982 when the aforementioned Eastern Band of Cherokee Indians (EBCI) began to operate a high stakes bingo game on tribal land. To no surprise in a backwards state run by religious fundamentalists this action was extremely contentious. For that reason, it took more than a decade for the state to sign a compact with the tribe. From this point, the EBCI began to strengthen their hand and in 1995 they opened a large Harrah’s Casino on tribal land. At the outset, it has hampered by some of the dumbest gaming restrictions to be found anywhere but though dogged persistence–and a steady flow of gamblers from the Atlanta area–they eventually won the right to offer Class III gaming in 2015 with the full range of slots and table games. The state government has also grudgingly accepted their existence, most likely realizing that they’re not holding any cards strong enough to stop them. The EBCI has since opened a second property approximately an hour away from the original.

Of course there is a state lottery. Like South Carolina, it’s condescendingly branded an *Education Lottery* because a regressive tax on mathematical ignorance that funnels money from lower educated citizens into educational resources for better educated citizens is OK for some reason.

Given North Carolina’s disdain for the gaming freedom of its citizens and for that matter the entire concept of ‘separation of church and state’ I was surprised when I read in April 2019 that they were ‘scrambling’ to enact sports betting legislation. My initial hope was that there were signs of intelligent life in North Carolina. They had, after all, voted out bathroom obsessed fundamentalist windbag Pat McCrory for Democrat Roy Cooper. Maybe the state’s government was coming into the 21st century like the state’s major metro areas of Charlotte and Raleigh/Durham/Chapel Hill.

I quickly realized what was going on. North Carolina was going to ‘legalize’ sports betting more as a pre-emptive move to avoid trouble with the Cherokee tribe than anything else. Current governor Roy Cooper was previously Attorney General of the state and realized that the EBCI was likely permitted to offer sports betting under existing Class III compacts (similar to what happened in New Mexico) or at the very least could negotiate that right. By doing this proactively, the state of North Carolina put themselves in a position to ‘dictate terms’ that they might not have had otherwise. For example, if they did nothing they wouldn’t have much recourse to stop the EBCI if they wanted to offer mobile sports betting statewide.

To be fair, it’s a pretty brilliant strategy. Most of the in-state media has simply reported that ‘Sports Betting is Legal In North Carolina’ while burying the minor detail that it’s still inaccessible to the majority of state residents way down the page. There has been very little blowback in the same media which likely has to do with their lack of knowledge about and experience in covering the gaming industry. The state has done a nice job curtailing criticism by pointing to another bill that is currently in the ‘research stage’ that would allow for wider availability to sports betting. I’m not holding my breath that this ever sees the light of day.

In one fell swoop, the state of North Carolina outmaneuvers the Cherokee Tribe to limit sports betting to their two properties while effectively banning it everywhere else in the state. The fact that they enjoyed largely fawning media coverage for this is icing on the cake for Tar Heel State bureaucrats.

North Carolina is far from being the only state that gifted sports betting to the status quo gaming industry. It is different in that the status quo is so relatively small and generates so little revenue for the state. That means there’s not even a clear financial motive to the restrictive sports betting framework. The two most fundamental reasons that a state should introduce sports betting is because a) their citizens have the right to enjoy it and b) to increase revenue. North Carolina avoiding doing either of these.

As noted above, there’s no doubt that the two Cherokee tribal casinos–Harrah’s Cherokee Casino Resort in Cherokee, NC and Harrah’s Cherokee Valley River Casino and Hotel in Murphy, NC–will do a fine job with their sportsbooks. In fact, if you’re in the area I highly recommend a visit. Both are located in a downright gorgeous part of North Carolina and particularly in the Fall you couldn’t ask for a more beautiful drive.

When I first started to read about North Carolina’s ‘fast track’ of sports betting legislation I opined that they might come up with the worst regulatory framework in the country. The irony is that the regulations themselves aren’t bad and don’t have any of the silly restrictions found in many states. Betting on pro and college sports is legal including in-state teams as is simulcast horse racing. No integrity fees or mandates for the use of ‘official league data’ either. Were North Carolina to really offer sports betting via in-person and mobile to the 95% of the population they’ve ignored they’d likely be one of the top ten states in terms of the quality of their regulatory infrastructure.

How pointless is North Carolina sports betting? Projections suggest that as things are now, the EBCI will bring in $14 million a year from sports betting or approximately $1.16 million per month. That’s less than the state of Nevada minus Las Vegas, Laughlin, Reno, Tahoe, Carson City, Sparks, Henderson, Winnemuca, Fernley, Yerington, Pahrump, Minden, Gardnerville and Tonopah along with surrounding communities. The population of the aforementioned locations is 2,907,663. The population of Nevada is 3,034,392. In other words, the 126,769 people that live in the most remote areas of one of the most remote states in the US will generate more sports betting revenue than the entire North Carolina. With the exception of the slow Summer months, the State of Nevada will hold more sports betting revenue in a month than North Carolina will in an entire year with over three times the population.

I’m glad that the Eastern Band of Cherokee Indians are able to offer sports betting at their property. I’m sure that they’ll do a great job and I’m looking forward to going up there and check out the operation firsthand. Unfortunately, over 95% of the state’s population are not having their needs met. On a broader level, it does nothing for the state in terms of revenue or economic growth. It’s a pointless and cynical effort by a dysfunctional state government to avoid ‘trouble’ with the EBCI while denying the freedom to bet and the ancillary benefits that sports wagering provides to everyone else in North Carolina. Ultimately, North Carolina sports betting isn’t that bad but it is completely pointless.