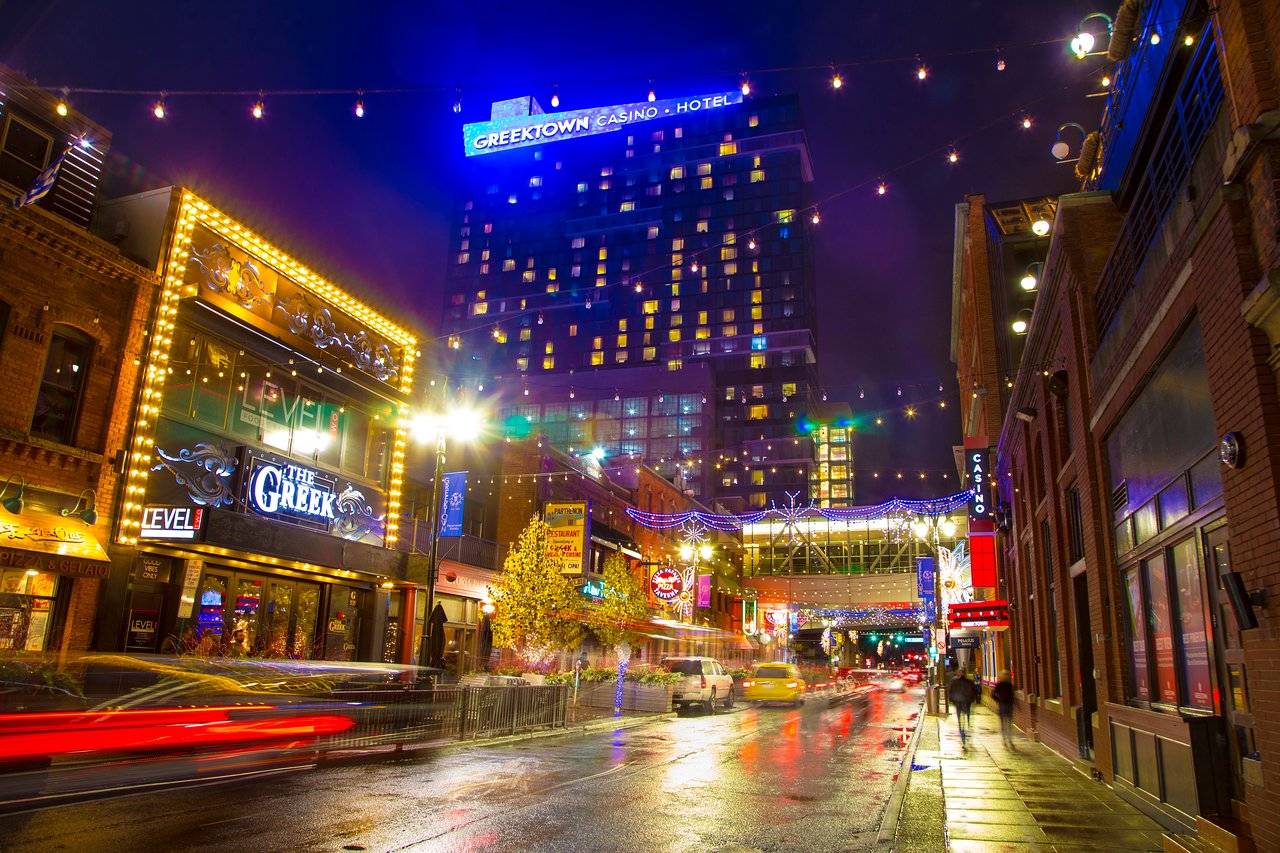 Over the past couple of decades, Penn National Gaming has grown from a small company with a thoroughbred racing facility into a major national gaming operator with 42 properties in 19 separate jurisdictions. In Las Vegas, they now own the M Resort and Casino along with the Tropicana Hotel and Casino on the Las Vegas Strip. They also own a number of properties nationwide under the Hollywood Casino brand. With their latest acquisition they’re entering the Detroit, Michigan market.

Following on the acquisition of the Margaritaville Resort and Casino in Bossier City, Louisiana in January, Penn National has purchased the Greektown Casino-Hotel in Downtown Detroit in a deal valued at $1 billion. On Tuesday, Michigan regulators gave final approval for the sale which closed early Thursday morning. The property was previously owned by Dan Gilbert, owner of the NBA Cleveland Cavaliers.

Detroit’s gaming market dates back to 1996, when Proposal E was passed by Michigan voters. The Proposal allowed three casinos to be built in the Detroit area. Aside from the silly limitation on the number of licenses–hate to undermine Detroit’s famously high ‘quality of life’ with a few more multi-billion dollar casinos–the market has done reasonably well for a city with 70,000 abandoned buildings and 31,000 empty houses. The MGM Grand Detroit opened a temporary facility before building a permanent home in 2007. The MGM Grand is the largest casino in Michigan with 3,500 slots and video poker machines, 143 table games and a poker room. It generates around 40% of the $1.4 billion gaming revenue in the Detroit market.

It’s a big drop to the second casino in the market, the Motor City Casino Hotel. This property has 2.700 slots along with table games and poker and brings in just over $500 million a year in gaming revenue. The property that Penn National has acquired is the Greektown-Casino Hotel, currently third in gaming revenues. It was briefly known as the ‘Jack Detroit Hotel and Casino’ (due to former owners Jack Entertainment) but mercifully it didn’t last. The Greektown is right in the middle of downtown and is more reminiscent of a Fremont Street casino as opposed to a Strip property. It’s got a brick exterior and a multi-story casino. It’s also the third of the three casinos in gaming revenue.

“We are pleased to be entering one of the nation’s largest regional gaming markets, and to be operating the only casino in the heart of the revitalized downtown Detroit area. We look forward to welcoming patrons from high profile nearby attractions, such as Comerica Park, Ford Field, Little Caesars Arena, the city’s theater district, GM’s Renaissance Center and the Cobo Conference Center.”

The customer database might have been a large part of Penn National’s interest in the Greektown. The property definitely has a lot of unrealized potential and a unique ‘old school’ vibe missing from the larger properties in the area. The problem with the entire Detroit market is that it faces heavy competition on every front. The Caesars Windsor Casino is just over the border and arguably the nicest property in the Detroit area. It has a similar gaming mix to the casinos on the US side with the addition of Canada’s insipid ‘parlays only’ sports betting. In addition, there are two dozen tribal gaming properties throughout the state with an identical ‘Class III’ gaming mix as the Detroit casinos. Were that not enough competition, Michigan is surrounded on all sides by states with casino gaming in one form or another.