Home > Q&A > Q&A: Can Las Vegas Valet Parking Attendants *Really* Hook You Up With Anything? 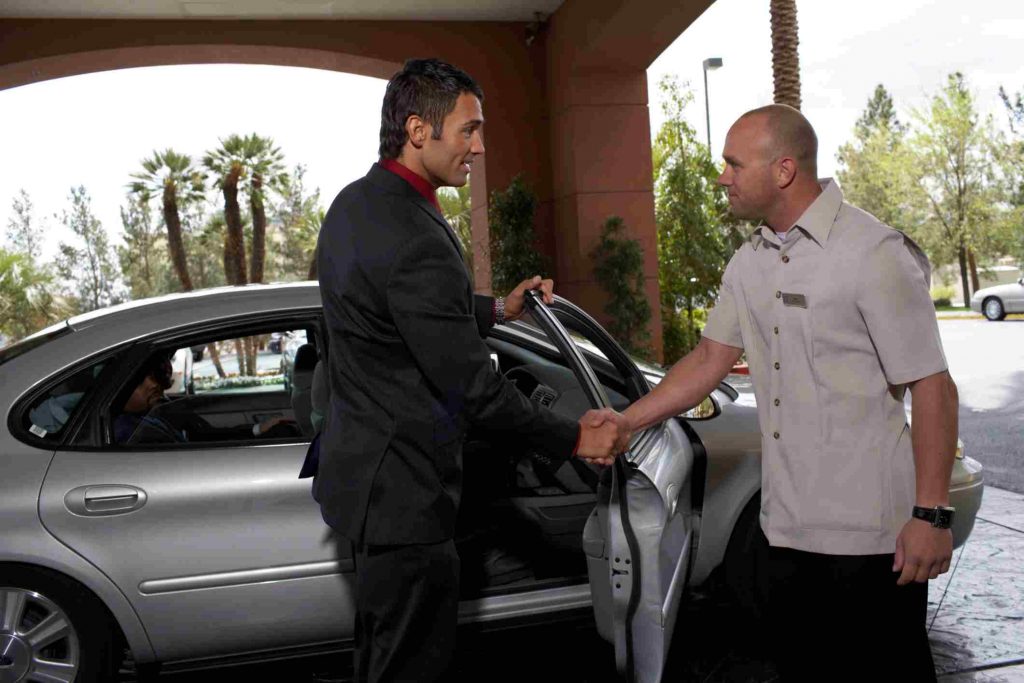 Q: My dad says that if you really want to get taken care of in Las Vegas you’ve got to talk to the hotel valet parking attendants. Is this true?

A: In a more civilized time, it was categorically true. Not only were they expected to be resourceful beyond the official job description of safely parking cars it was an extremely lucrative as well. Some supervisory types accepted ‘kickbacks’ from the off the books revenue of valet parking attendants while others would accept ‘bids’ from prospective valet parking attendants for the ‘concession’ that had a subterfuge of a fairly low level job.

The Las Vegas market for both locals and tourists has changed significantly over the past couple of decades. With the Las Vegas Metro Area weighing in at around 2 million people today the valet parking attendants like everyone else just don’t have the same tight networks they did ‘back in the day’. They’re still pretty useful and now offer a more egalitarian source of comps than going through official casino channels. For example, say you want tickets to a big fight. You can get them through a casino host assuming that you’ve dropped a lot of money there in the past. The bigger the fight, the bigger the casino losses you’d need to get the ducats. Or you could pull aside a valet parking attendant, tell them you want to see the fight and offer him a few hundred bucks over the face value of the tickets. You’ll be surprised how effective this technique can be.

The corollary to this question–valet parking attendants are by their nature pretty ‘juiced in’ in most locations. I lived in Charleston, SC for a number of years and became acquainted with the valet parking attendants at several of the more upscale hotels in the area. They would be called upon to take care of many of the same requests as their Las Vegas counterparts–maybe a little lighter on the ‘drugs and hookers’ but the same general concept. In fact, I became a trusted ‘source’ for many valet parking attendants due to my ability to provide Cuban cigars to guests who requested them on short notice.