Tennessee Will Soon Have The Country's Worst Sports Betting Regulations 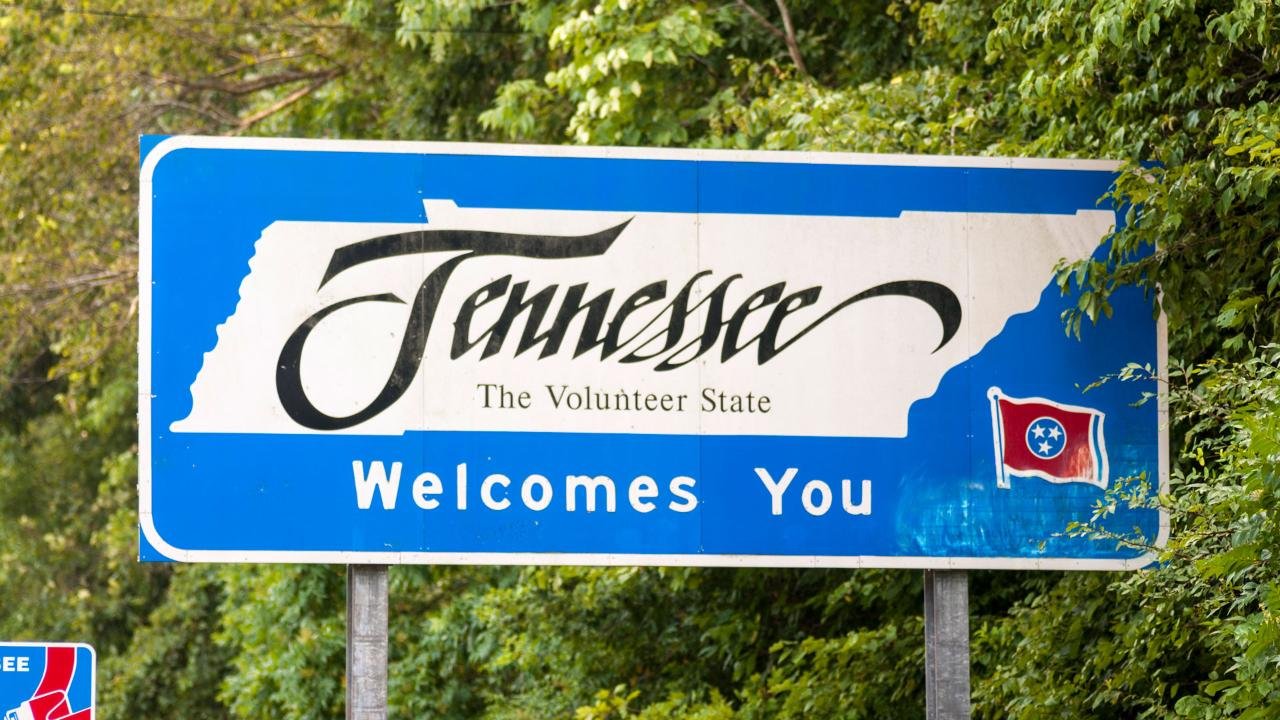 One of the biggest problems with the rush to legalize sports betting on a state by state basis is that many jurisdictions are run by politicians completely clueless on the subject. That’s no doubt how the Tennessee legislature managed to quickly cobble together what could be the worst sports betting regulations in the United States.

To be fair, this covers a lot of ground and there’s no shortage of other states shooting for the ‘worst possible’ crown. Early tonight, Governor Bill Lee said that he will not sign the bill but let it pass into law without his signature. There’s a nice display of political courage. Lee said he’s opposed to the expansion of gambling but…uh…but….his press secretary gave this convoluted explanation:

“The governor has said he does not believe that the expansion of gambling is best, but he recognizes that many in the legislature found this to be an issue they want to explore further. He plans to let this become law without his signature.”

So how bad could Tennessee’s sports betting law be? Let us count the ways….

IT WILL BE ONLINE ONLY

For some reason, Tennessee will continue to prohibit sports betting at ‘brick and mortar’ locations. The Volunteer State is already one of the worst states in the Southeast when it comes to gambling freedom. Unlike many states who will at least focus on the revenue Tennessee has no problem shooting itself in the foot economically at the behest of religious fundamentalists. You have no doubt heard of Kentucky’s horse racing industry? At one point, Tennessee had one that was equally as successful but killed it off in 1906 to appease the state’s religious kooks. That was essentially it for gambling in Tennessee–of course, they implemented a lottery in 2003 but aside from low level charity bingo and raffles that’s it. To be fair, there wasn’t any type of gaming infrastructure in the state to facilitate in person wagering. Of course, they had the opportunity to create a new thriving industry that could create jobs and attract more revenue into their communities but why would a government want to do that?

The good news–there’s no ‘integrity fee’. The bad news–the state has bent over and grabbed their ankles for professional sports leagues all of whom are registered as lobbyists in the state. League’s can request to have their games unavailable for betting for some highly dubious reasons. They will also require that bets be graded using official data sources–this became the professional sports league cash grab after they largely failed with the ‘integrity fee’. Never mind that there are any number of highly reputable companies worldwide that aggregate data specifically for sports betting purposes. This is also another way that the league’s can get their grubby fingers into the process to further influence it to their liking. This also has no statuary precedent–Tennessee will be the first state to legalize sports betting to require this nonsensical ‘official data’. Every other state had the smarts to recognize that it was nothing more than a cash grab by the leagues.

Tennessee politicians responded like guard dogs to a whistle after a massive lobbying effort by DraftKings and FanDuel. That was no doubt the impetus to raise the yearly licensing fee from $7,500 to $750,000. The tax rate began at 10% but due to various amendments was increased to 20% then 22.5%.

THE LOTTERY WILL BE PROVIDING OVERSIGHT

Because there’s no difference in running a gambling operation with a 50% ‘house edge’ and a sports betting operation with a razor thin single digit hold percentage. Actually, the state will be creating a dedicated commission to run sports betting under the auspices of the lottery. Think they’re going to have anyone on the commission that knows what they’re doing? Think again–these will all be political appointees. The governor will appoint three, the speaker of the house will appoint three and the speaker of the senate will appoint three. Who better to run a complex operation than a few beneficiaries of political patronage who don’t know the first thing about running a sports betting business? At one point, the plan was to create an actual gaming commission but that was removed with an amendment.

A NEW ‘INSIDE INFORMATION’ LAW FOR SPORTS BETTING

Get this–here’s a vague new law criminalizing the transmission of ‘material non-public information’:

This amendment creates the Class A misdemeanor of knowingly receiving, supplying, broadcasting, displaying, or otherwise transmitting material non-public information for the purpose of wagering on a sporting event or influencing another person’s or entity’s wager on a sporting event.

Not that they’ve got an actual definition of this…..theoretically, this could be used to criminalize all sorts of innocuous things like injury reports, information from team practices, or lineup information.

IS THERE ANY GOOD NEWS?

Let’s see…they’re not going to put a cap on the number of licenses available and they’re apparently going to have some degree of free market competition. That’s about it.

Tennessee also gets the award for the most mind numbingly idiotic and uninformed debate on the subject of sports betting by any state government legislative body. Check out this bit of genius and try to figure out what the hell this woman is saying:

Republican Sen. Janice Bowling, who voted “no,” likened the approach to “putting the ambulance at the bottom of the hill, rather than putting the fence at the top of the hill.”

“We just seem to be looking in a way that we’re going to try to create a gray market, and I think probably if we could get rid of the black market it would be better,” said Bowling, of Tullahoma.

What? Tennessee’s sports betting debate had all of the pointless moralizing that you’d expect from a group completely ignorant to the realities of the industry. There were bible verses being thrown around!

“Are you willing to sacrifice your principles for a few pieces of silver?” Holt said.

“Well I personally believe — and I think there are others on this committee who believe — that this legislation has been rushed through. I believe that the potential ramifications of this legislation are life altering. I believe that this leads down a path toward, in essence, slavery — slavery to an addiction. The state is playing into that addiction, unfortunately.”

“We do not have a revenue problem. But what we do have is a drug crisis and an opioid problem. And the last thing we need to do is add gambling to that problem.”

And of course the classic ‘why not just legalize methamphetamine or (insert other horrible thing here)’ nonsense argument was also on display. It’s very interesting that none of these reservations or horrible doom and gloom predictions apply to the state’s lottery.

Draft Kings also unleashed a corker, suggesting that by legalizing betting in Tennessee that they’d cut off the flow of money to offshore sportsbooks–you know, the kind run by professionals who actually know what they’re doing:

DraftKings also rallied public support for the bill, saying on its “Let Tennessee bet” website that without the legislation money would continue to “flow to illegal offshore bookies instead of staying in Tennessee as a revenue source.”

There’s also the overly optimistic budget projections based on the misguided notion that everyone who has wanted to place a bet during the past decade plus hasn’t been able to do so. And then there was this:

However, four of the six states with newly legal state-allowed sports betting are still bringing in significantly less than their own revenue expectations, according to an AP analysis of state fiscal reports .

This is simple to explain. Most states don’t understand that they are entering into a highly competitive business. They’re not the ‘only game in town’ as much as they like to pretend that they are. Tennessee is a slam dunk to also come in far below revenue projections. There’s just no reason for a Tennessee resident to bet with a ‘state approved’ bookmaker when there are countless bookmakers all around the world who do a significantly better job. At some point states will be forced to wake up and realize that this isn’t the lottery and that bettors already have many bettor options than whatever horrible version of legal sports betting they’re offering.