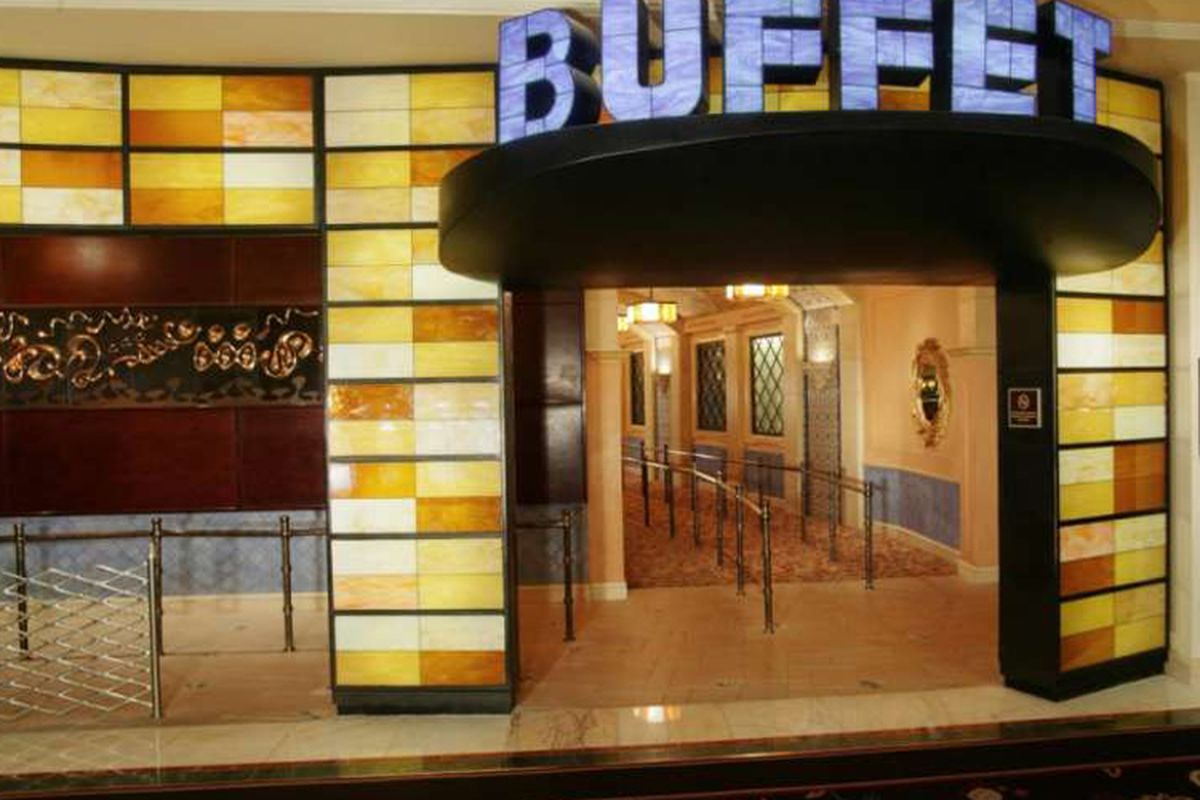 If you haven’t caught the clue that Las Vegas buffets now offer some excellent dining you’re a decade or so behind the curve. This is true any day of the year but what if you’re in town for Thanksgiving? At one point maybe you would have had to content yourself with a few slices of turkey and canned cranberry sauce but that is no longer the case. Most every buffet in town does something special for Thanksgiving Dinner. Some even keep the feast going through the entire Thanksgiving Weekend. Here’s a list of my favorite Thanksgiving buffet choices in Las Vegas. There’s such an abundance of great buffet options that I probably could have done a top 14 list.

I can’t count how many times I’ve had breakfast at one of the Station Casinos buffets over the years. The best thing I can say about the Feast Buffets at any Station Casino is that it is consistently solid. Thanksgiving is no different. You won’t find anything on the menu that will revolutionize the culinary world but you will find all of the traditional holiday staples including turkey, ham, prime rib along with sides like cornbread stuffing and bourbon creamed corn. I’ve always been impressed with the Stations Casino buffet’s take on Southern food and their cornbread stuffing is some of the best I’ve had. You really can’t go wrong at any of the Station Casinos buffets–I list the Palace Station because for some reason I find myself here more often than not. Thanksgiving buffet will be served from 8 AM to 9 PM and is a steal at $26.99 for adults. If you’re a member of the MyRewards/Boarding Pass players club you’ll pay even less.

There’s plenty of competition for the honorific in today’s Las Vegas but as far as I’m concerned Bacchanal along with the Bellagio Buffet remain the ‘gold standard’ in casino buffet dining. Bacchanal is always excellent but they’ll do it up big for Thanksgiving starting on Thursday, November 28, through Sunday, December 1. You’ll find all sorts of holiday goodness including herb-roasted turkey, cranberry-stuffed porchetta, duck risotto (a personal favorite) and foie gras, coffee-rubbed duck with cherry compote, and much more. On Thanksgiving Day, you’ll pay $69.99 from 7:30 to 11 a.m. and $79.99 from 11 a.m. to 11 p.m. The rest of the weekend it’ll be priced at $59.99 from 7:30 a.m. to 3 p.m. and $69.99 from 3 to 11 p.m.

The Garden Buffet at the South Point Hotel & Casino is another buffet in the same ‘consistent and solid’ category as the previously mentioned Stations Casino. You’ll have the traditional dishes like roasted turkey and slow-roasted prime rib. There’s also options like lemon peppered chicken, roasted salmon with wild grains and cranberries. Don’t miss the gelato bar for dessert. The buffet will set you back $19.95 with a Club Card or $22.95 without a Club Card from 11 a.m. to 9 p.m on Thanksgiving Day.

The Buffet at Bellagio isn’t making a huge deal out of their ‘Thanksgiving Feast’ offerings but it’ll definitely be good. Wednesday, November 27th – Sunday, December 1st you can get the Thanksgiving Feast 12:00pm – 10:00pm. They’ll have all of the traditional entrees like turkey and ham, or you can be like me and just eat a big stack of crab legs. The desserts at the Bellagio are particularly good so make sure you leave room for ’em!

The Wicked Spoon at the Cosmopolitan will offer their refined interpretations of Thanksgiving classics. I can guarantee that a couple of dishes will feature a ‘cranberry reduction’ and that they’ll have wild boar on the menu. As one of the up and coming contenders on The Strip, the Wicked Spoon seldom disappoints. They’ll have the Thanksgiving dishes covered but I’m a huge fan of their cold seafood bar.

THE BUFFET AT ARIA

The Buffet at Aria might be the most underrated buffet in town. I can say that conclusively as I’m always underrating it. I eat there just about every time I’m in town and it has always been excellent yet whenever I’m asked about the best buffets in town I default to the Bellagio and Caesars. The Buffet at Aria is definitely in the mix at the top of the list. Here’s some of the dishes they’ve got planned for Thanksgiving: herb-roasted turkey, whole roasted goose, honey truffle bone in ham, traditional Thanksgiving sides, jumbo tomahawk ribeye steaks, New Zealand lamb T-bone, whole carved leg of lamb, Maryland jumbo lump crab cakes, Alaskan king crab legs, jumbo crab claws, snow crab legs, bone in roasted prime rib, Korean style kalbi short ribs, whole roasted lechon, jumbo prawns in scampi sauce, oyster Rockefellar, a Hawaiian poke bowl station, Vietnamese pho station, lobster gnocchi station, grilled to order assorted fish market station, assorted dim sum and dumplings, black rice sushi and fresh assorted nigiri, fresh squeezed juice blends and Thai tea, and desserts. Now, not all of that is typical Thanksgiving fare but it all sounds delicious.

A.Y.C.E BUFFET AT THE PALMS

I keep forgetting that The Palms is now a Stations Casino property but it is. Of course, their buffets are excellent so I don’t expect their involvement to do anything but maintain the standards of the A.Y.C.E–pronounced ‘Ace’ an an acronym for ‘all you can eat’–Buffet. It got a blurb in Food & Wine Magazine last year even. They’ll be doing a special brunch menu and a Thanksgiving Feast menu on Thursday, November 28. The brunch menu will have turkey and ham along with their usual brunch fare and runs from 8 AM to 1 PM. The Thanksgiving Feast will have more turkey and more ham and run from 1 PM to 9 PM.