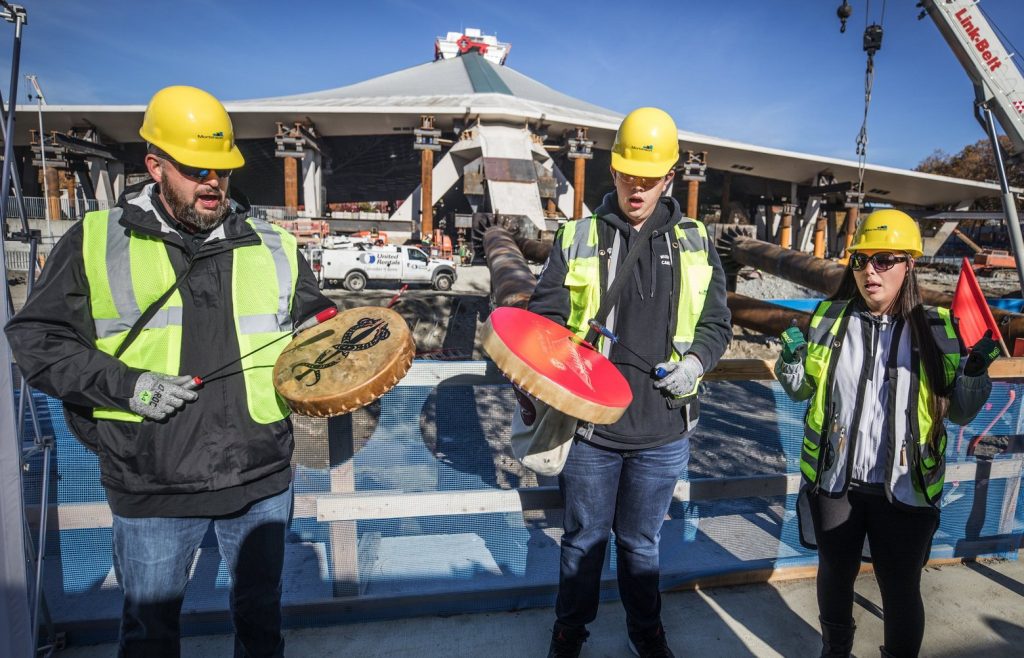 The NHL is expanding to Seattle with the Jet City’s new team set to begin play in the 2021-2022 season. The team is still making the decision on their nickname and an announcement is expected to be made around the time of the 2020 NHL All Star Game to be held in St. Louis in late January. The team doesn’t have a name yet but they’re already building out the business side of the operation. Among their most recent announcements is a deal with the Muckleshoot Indian Tribe’s Muckleshoot Casino as an ‘official partner and sponsor’.

As is typical with this type of deal, terms weren’t announced nor were specifics of the partnership. In this case, much of the inscrutibility is likely due to the fact that the Seattle NHL team is still a ‘work in progress’ and their home ice–the renovated Key Arena—still under construction. The Auburn, Washington Muckleshoot Casino will be the ‘official casino partner’ of the Seattle NHL team and will have a luxury suite in the venue. The Muckleshoot property will also be the named sponsor of all power plays during hockey games and also have branding and advertising signage on display.

Here’s something you’re not going to get if you make a deal with William Hill or FanDuel–the Muckleshoot tribe was invited to bless the new arena construction site. This could have come off as calculated and cynical but instead it had a genuine uplifting vibe. Mari Horita, vice president of Community Engagement and Philanthropy for NHL Seattle, had this to say:

“We are grateful to the Muckleshoot Tribe for their blessing of these arena grounds, which we acknowledge are on indigenous land and the traditional territories of the Coast Salish people. The arena project is about honoring the past and embracing the future, and our partnership with the tribe and the Muckleshoot Casino does exactly that. We are excited to partner to bring the game of hockey to more Native American youth in our region.”

Three Muckleshoot Tribe members performed a blessing song composed by living elder Rosie Anderson that expresses happiness and strength in the Southern Lushootseed language. Donny Stevenson, vice chairman of the Muckleshoot Indian Tribal Council, is exciting that the indigenous people of the area could work toward bringing a hockey team to the Seattle area:

“It is a good day to come here with a good heart to represent not only my people but all indigenous people of our region. To be able to partner and work with NHL Seattle on the ultimate goal to bring an NHL franchise to Seattle is truly exciting.”

Conrad Granito, general manager of the Muckleshoot Casino, talked about playing pond hockey and growing up as a Philadelphia Flyers fan. He sees a significant upside from the relationship with the tribe, the gaming property and the NHL team:

“This day is truly empowering. Muckleshoot gaming is the economic engine that has created economic independence and self-sufficiency for the Tribe over the last 25 years and also benefited many areas of South King County [benefiting schools, nonprofit organizations, churches]. It provides resources needed to improve the tribal community’s quality of life, preserve its culture and lays the groundwork for a bright future.”

“So clearly, with the NHL, our relationship just helps solidify that, and our position within the sports-betting network that we project is going to be here in Washington.’’

Unfortunately, Washington State is one of the most virulently anti-gaming freedom state governments outside of the Southeast. The initial discussion on sports betting in the state has focused on giving the state’s tribal gaming entity a monopoly. Despite the state’s best efforts to the contrary, the variety of Native American tribes in Washington could produce a vibrant sports betting scene. The 21 tribes operate several dozen gaming properties (500Nations.com gives the number as 35). Unless the state screws up the regulations the number of tribes could result in an enviable number of independent line originators. At the very least, it should be better than Oregon’s lottery run grease fire.