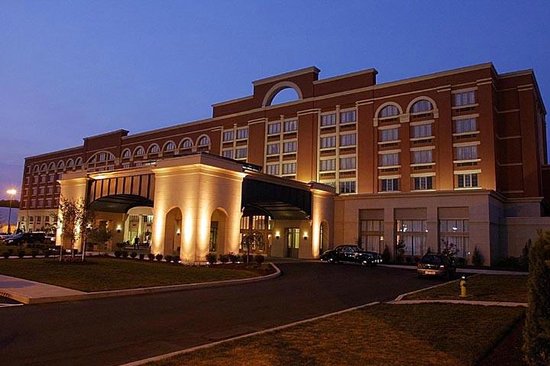 Added in Gaming Business on September 28, 2019 by Jim Murphy

Colorado Springs, Colorado based Century Casinos has been approved by the West Virginia Lottery Commission to finalize their purchase of the Mountaineer Casino, Racetrack and Resort from Eldorado Resorts. The deal was announced in June as one of three properties Century was acquiring from Eldorado Resorts. The other two properties involved in the deal were the Isle Casino Cape Girardeau in Cape Girardeau, Missouri and the Lady Luck Casino in Caruthersville, Missouri.

Erwin Haitzmann and Peter Hoetzinger, co-CEOs of Century Casinos, said their company is excited to expand into the West Virginia market:

“We are very excited to be expanding into West Virginia. Mountaineer is a great addition to our portfolio and will be our third racetrack and casino property. We look forward to working with the staff and community to continue the current success at Mountaineer into the future.”

In a June conference call following the original announcement of the deal, Haitzmann said that he thought Mountaineer would be a good fit in his company’s portfolio despite increased competition from neighboring Ohio and Pennsylvania:

“Mountaineer has found a very specific market segment in that market. It could be described as a resort destination for the mid-market, rather than the higher-end Vegas casinos.”

He also thinks that there’s potential for additional growth at Mountaineer:

“Mountaineer used to be larger and with all the real estate available, we see an upside and the possibility to grow further. Mountaineer is profitable now, you may say, in spite of the competition. I think it’s a healthy competition for the customers and think we’re well-equipped to get our fair share of the market.”

In addition to the Mountaineer Racetrack, the property includes a 357 room hotel and a casino with a 357-room hotel, approximately 1,486 slot machines, 36 table games, a poker room, and five dining venues along with a William Hill operated sportsbook.